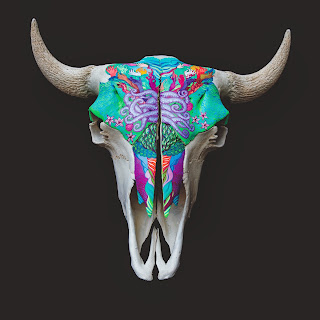 Year of Endless Light is a tremendous achievement - a series of recordings made by Wilder Maker (front man/vocalist Gabriel Birnbaum) in a period during which he set off on a trip that was intended to sever his ties with New York for good, then decided to come back to Brooklyn with a renewed commitment to making music there. The album was recorded with engineer Elio DeLuca at The Soul Shop in Medford, MA.

Recommended highly for fans of heavy folk/country/rock like Bonnie Prince Billy, Richard Buckner and Neil Young, this album is just about overwhelming in its scope and breathtaking in its execution. Birnbaum's got a background in free jazz, and that's certainly borne out here. There are contrasts between the Crazy Horse-meets-Bob Weir jam of "Float Us Through the Barroom" and the quiet, beautiful "Hangs Hooks", with its delicate dual vocals, quiet instrumentation and ambient storm sounds. In the end, it's all of a piece - the music is all anchored by his very human, earthy voice.

"Float Us Through The Barroom":

"Song For the Singer" is another epic-length work, featuring plenty of changes and wonderful guitar work - I hear traces of the ragged folk-rock of Fairport Convention, or Richard Thompson solo, but with a rhythm section that turns on a dime. It would have to, to support the guitar flights on this one. “Slow Life” features quiet interplay between acoustic guitar and horns behind Birnbaum's lead and Katie Von Schleicher's vocal harmonies. It's a beautiful song:

“Invisible Order” is another long, creative tune - featuring some strange vocal effects (looping Birnbaum's vocal back on itself just a bit), saxophone noodling and guitar feedback. Birnbaum's jazz background surfaces over the last half of the song, essentially a trumpet/piano interplay, featuring Birnbaum’s brother Adam sitting in on piano. “Lullaby” and "Holy Night" close the album. They are quieter songs, featuring some pretty trumpet work and more inspired harmony vocals between Birnbaum and Von Schleicher.

I've had this record for a while, but was having trouble describing it adequately. I am certain that I've failed, but it's the kind of album people who like good country-rock, folk-rock with an edge, and any kind of inspired singer/songwriter work will just have to hear to believe. It's a staggering, expansive album with enough conventional guitar work to support the wilder flights into improvisation - and, honestly, Birnbaum's tremendous vocals would be more than enough to make it worth your while.