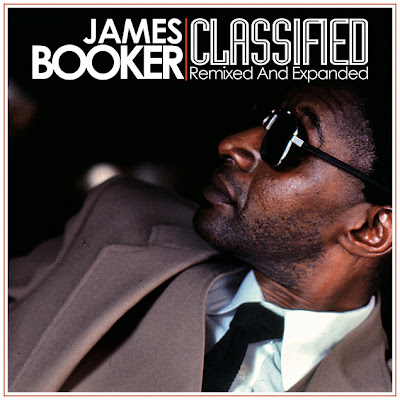 Rarely do reissues create as much noise and excitement as the October 15 release of Classified by James Booker on Rounder Records. Any new music by Booker is met with excitement by fans. He recorded and released only three albums in his lifetime. The reissue coincides with the 30th anniversary of his death while in the waiting room of Charity Hospital and the New Orleans premier of Lily Keber's Bayou Maharajah: The Tragic Genius of James Booker. Who was James Booker and why does New Orleans care so deeply about him? 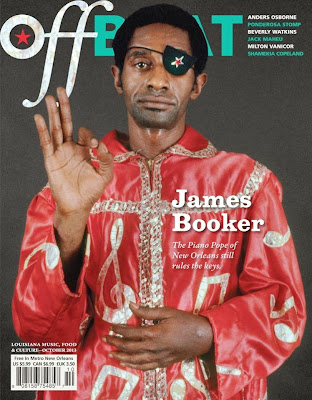 He was a Professor - a Crescent City honorific reserved for masters of NOLA piano. These have included Professor Longhair, Fats Domino, Eddie Bo, Dr. John and James Booker. James Booker was much more than just a Professor and more than the equal to all on the preceding list except Professor Longhair. He was a man prone to giving himself nicknames and exceeding the implied promise of them all. He was the Piano Pope of New Orleans, the Bayou Maharajah, the Ivory Emperor, Music Magnifico, Gonzo, The Piano Prince of New Orleans, Black Liberace, Lil Booker, Little Chopin in Living Color and James Carroll Booker II.

Everyone had a story about Booker. His increasingly apparent mental illness fueled by his addictions - heroin, cocaine, and alcohol - guaranteed that if you crossed paths with Booker you would leave with a "Holy Shit" moment or more. And the stories about him became Crescent City mythology. These stories led me to track him down as I worked on completing my personal "Holy Shit" bucket list.

I was lucky to see him live. His skill and ability as a musical savant left me slack-jawed in amazement. He approached scheduled engagements with the same mercurial abandon as Sly Stone. As the legend grew, so did the number of people who claimed to be witnesses to each of these stories. Booker had attended a concert by Jimmy Smith, one of jazz's great organists. "Booker was backstage," Billington said. After the show, "Booker told Smith, 'You know that song you played, you hit a wrong note in the bridge.' Smith kinda grumbled. Booker said, 'Look, lemme show you.' Then he played it just as Smith played it with the wrong note, and then played it the right way. And Jimmy Smith said, 'Dang, you're right.' Then, just to mess with Jimmy, he played the whole thing backwards." This was a skill that Booker would often use to hustle money to fuel his addictions. 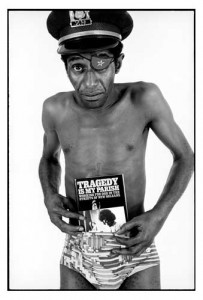 David Torkanowsky, a jazz pianist and bandleader, says Booker's habits were extreme. "I remember there was a regular Tuesday night Booker solo at Tipitina's. Finally, the lights dim and Booker walks out to the middle microphone on stage. He was wearing nothing but a huge diaper with a huge gold pin holding up the diaper," (NB: I saw Bootsy Collins an Eddie Hazel wear diapers many times) and Torkanowsky says, "and from behind the diaper he pulls out a .357 magnum, puts it to his own head and announces to the audience, 'If somebody doesn't give me some [expletive] cocaine right now, I'm going to [expletive] pull the trigger. It went from 'Can't wait to hear him play' to 'Oh my God.'"

Lily Keber, producer of the new bio on James Booker, recounts - "When Booker was a kid, he was hit by an ambulance and dragged down the street; he broke his leg. They gave him morphine for the pain, and he always pointed to that being the beginning of his addiction." Keber says, "Luckily, I actually found an interview where he says precisely that. He was listening to this song and he says, 'This line, I was hit by an ambulance, I got addicted to heroin from that. That's the sweet Russian woman.'"

The term "musicians' musician" is hackneyed and overused. Mac Rebennack was a guitar player and TV repairman before Booker taught him to play organ in the 60's. Booker's keyboard lessons propelled Rebennack to fame as Dr. John. Harry Connick Jr. also took lessons. "There's nobody that could even remotely come close to his piano-playing ability. It can't be done," Connick says. "I've played Chopin Etudes, I've done the whole thing, but there is nothing harder than James."

Give yourself a treat this Halloween season.  You don't need to buy a diaper, a gold safety pin, and a .357 magnum to find your inner James Booker. Take the easy way out, that sweet highway, and buy Classified. Immerse yourself in music which has inspired generations of other New Orlean's musicians. The album includes 9 additional tracks not on the original.

Good stuff Frank. Thanks for posting.

Gotta check this out. Booker may be the most electrifying piano player I've ever listened to. The first album of his that I encountered was "The Lost Paramount Tapes", and I was immediately hooked.

Thanks for the link edoc