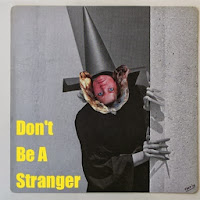 Tele Novella is a psych/pop group composed of former members of Agent Ribbons (WYMA post here) and Voxtrot. Based in Austin, they have just released an advance track, "No Excalibur" in anticipation of a 7" due out in November.

It's got the surfy, faintly retro, semi-operatic sound that made the super-artsy approach of Agent Ribbons so compelling to me. Stay tuned for more, including opportunity to pre-order the 7". It is said that each one will have its own, one-of-a-kind cover.

Here are a couple of performance videos from earlier this year: