Wednesday's sonic treat from Reverberation Radio, brought to you on Friday. This week is a time warp back to the 60's and very early '70's starting with the '72 release from Belgian psychedelic popsters, The Fops. The West Coast Consortium follows with late 60's British psychedelic Four Seasons/Beach boys harmonies.

"Dragonfly" is a song written by Danny Kirwan with lyrics taken from a poem by Welsh poet W. H. Davies originally recorded by Fleetwood Mac in 1970. It became the first UK single released by the band after the departure of their frontman Peter Green. It was also their first single with Christine McVie (nee Perfect) as a full member of the group.

"Backstreet Girl" is a Rolling Stones song written by Mick Jagger and Keith Richards. It first appeared on the UK version of their 1967 album Between the Buttons but was not included on the US version. It was first released in the US on the 1967 album Flowers. The song showcases Brian Jones, playing organ and glockenspiel and Rolling Stones contributor Jack Nitzsche on the harpsichord.

We close with Joe South - writer of Deep Purple's "Hush" and Billy Joe Royal's "Down in the Boondocks", and his '68 Grammy award winning "Games People Play". Townes Van Zandt is a great coda to any playlist.

Click on the links in the playlist if you want to know more about any of the artists. 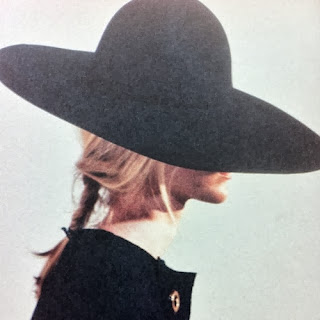