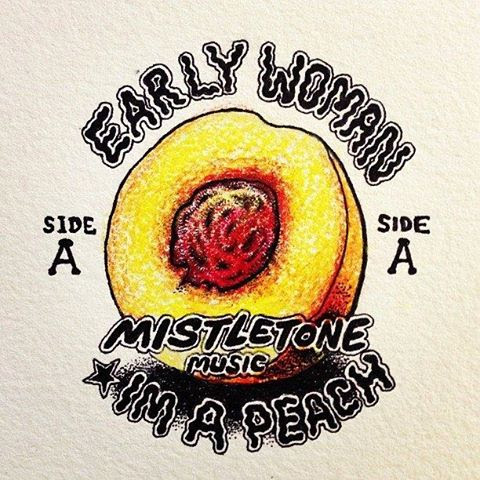 Early Woman was formed by Ben Montero (whose solo album was covered here last week) and Hannah Brooks (of Young Professionals, St Helens and Spider Vomit), and they are joined by Bobby Bravington and Caitlin Perry.  As you can determine from the band picture on the park bench below, the foursome is getting along well in the early stages of their business partnership.  And that is a good thing for us, because their new two-track single "I'm A Peach" / "Feathers" is very good.  "I'm A Peach" is on the rawer garage side of pop, while "Feathers" is a fully adorned pop tune with sprinkles of '70s glam.  Which is best? Both, and that's my final answer.

The single will be released by Mistletone on October 18, and will be available in vinyl and digital formats.  The record's artwork is by Mr. Montero. Early Woman are sounding awesome, check out their write up on Happy