Friday Nuggets: The Remains "Why Do I Cry" 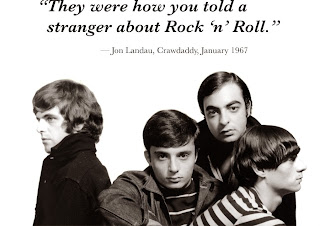 Inspired by the Beatles, Rolling Stones and Kinks, garage bands were popping up all over America in the mid-1960's. Barry Tashian was a sophomore at Boston University when he and some friends formed a band and immediately got a deal with Epic Records. They opened for the Beatles and appeared on the Ed Sullivan Show.

While The Remains were short lived, Tashian's career was not. Barry and Holly Tashian have been making music since 1972, recorded 7 albums, and written songs for various artists, including Solomon Burke and Kenny Rogers.  Barry Tashian spent the 1980's as a member of Emmylou Harris' Hot Band.
Posted by Jim Desmond at 10/11/2013