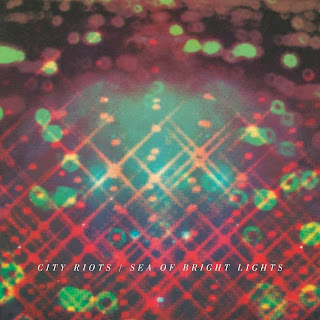 City Riots is an Australian trio playing a pop/rock with a very big sound, summery and hook-filled but with a lot of reverb and a fairly heavy rhythm section. The band consists of brothers Ricky Kradolfer (vocals/guitar) and Dan Kradolfer (drums) and Matt Stadler (bass/vocals). Without knowing this, I would have guessed that this was at least in part a drummer's band, because Dan really does play up a storm here (check out "Sucker Punch" - a fast-paced song that features surf drumrolls to go with some Dick Dale-style guitar runs, and a punkish backbeat throughout).

There's a real sheen to the music that, in the hands of a less-talented band, would lead to music that is heard, digested and forgotten. But there's something about City Riots, the way their hushed vocals, soaring guitar lines and crashing drums meld together just about perfectly, that make their music memorable.

Here's "Wait For You" - a simple, repeated guitar line, with some layered vocals and reverb-laden guitar parts that take it over the top:

Here's "Catch the Sun" - a bright, beautiful guitar explosion at the beginning sets the tone:

The album has actually been out in Australia since 2012, but it's now available worldwide, and they are playing some US dates to familiarize folks over here with their sound. I know it's October, but wherever these guys are playing this sound, it's going to be summer just a bit longer. If you're in NYC, you're in luck:

You can buy it now (released Sept. 18) - more information and streaming of the whole album is available at their website.