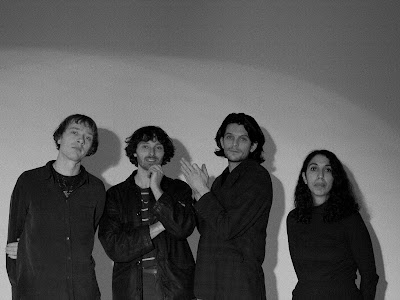 We typically go into a period of mourning after 'tax day' in the United States. It is sad to make millions of dollars from an indie music blog only have taxes diminish our beer budget. We thank you in advance for your sympathy. However, this year the mourning period will not be gloomy, because on April 21 Holiday Ghosts -- on of our favorite current bands -- will release new album Absolute Reality. The first single is the energetic, and a bit spooky, "Vulture".

"Into The Puzzle (Shortcut)" by Locked hands 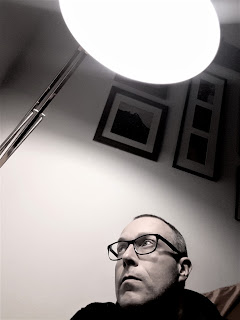 Intriguing electro pop drops from Edinburgh's Locked Hands have been all too infrequent. However, we understand that that will change this year with the project's debut full length, The Fort Rhythm Section. The album is scheduled for release this Spring, but the inventive and rhythmic first track "Into The Puzzle (Shortcut)" is available to stream now.

Locked Hands is the project of Belfast-born, Edinburgh-based Sean Ormsby. Other Ormsby projects are Night Noise Team, Blue Tiles, and Errant Boy, all of which have featured on these pages in the past.

Locked Hands · Into The Puzzle (Shortcut) 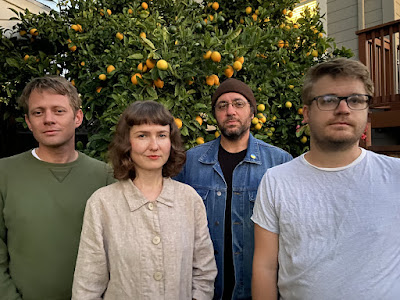 We find it hard to imagine that true indie pop fans could listen to "Sunset Sea Breeze" and "Rain Song" and not pre-order the album from which they are taken. The songs are dreamy but substantial, and stick in your brain like all great pop does. It is true that Sunset Sea Breeze doesn't release until mid March, but a pre-order gets these two tracks now which makes the wait more tolerable. Complete details are at the Bandcamp link below.

The album is a joint release by Spain's Meritorio Records (vinyl and digital) and San Francisco's Paisley Shirt Records (cassette).

Bandcamp for album and single

"Gone Tomorrow" by The Bluebells 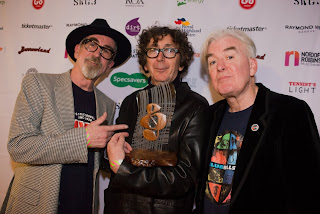 Glasgow's The Bluebells have a reputation in knowing indie circles that is outsized in relation to their duration (a few years in the '80s and a couple of reunions) or output. But the reputation is deserved. One of the finer jangle/new wave bands of their era, they produced polished songs that transcended the music produced by many of their contemporaries. Although the core members went on to other projects, they have reformed and will release The Bluebells In The 21st Century, their first LP in a few decades on April 28. Lead single "Gone Tomorrow" is out now, and it is a cracker with a bouncing rhythm and soulful vocals. Strutting and breezy, it made our week. Two more singles will drop before the album. This is a very welcome return.

The Bluebells In The 21st Century will be available in vinyl, CD and digital formats via Last Night From Glasgow.

Label page to pre-order the album 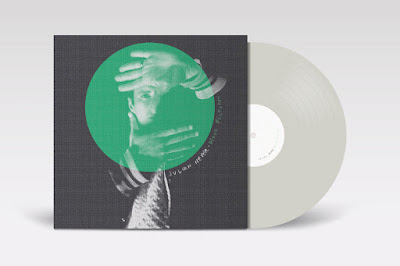 From the first notes of opening track "Seven Steps" we were hooked. After the 15 track run of Pious Fiction, we sighed and began again. From start to finish this album is superb. The artist is Julian Never, the current recording alias of Julian Elorduy (formerly drummer for MAYYORS and also helmed Fine Steps), who was joined by Mark Kaiser for this album. The foundation for these songs is jangling guitar pop, but sunny melodies are washed in sparkling synths calling to mind '80s New Romantics era hits. Julian's deep tenor is both soothing and commanding. While the entire album is a triumph, we especially like "Seven Steps", "High School", "Grassharp", "Step On" (oh, how we love this song), "Relax" (with a chug and strum that reminds us of New Zealand greats The Bats), and "The Fall". It is early in the year, but this is looking like a top 15 album to us.

Pious Fiction is available now via excellent Sacramento label Mt.St.Mtn and is distributed by Revolver USA and Cargo UK. 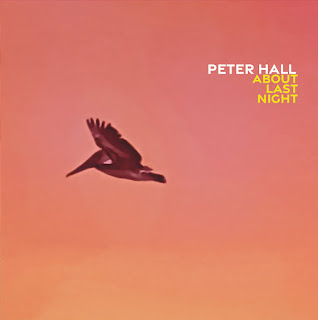 Nottingham's Peter Hall is an artist that deserves a wider audience. His musical territory is melodic rock and power pop. His previous EP and debut LP both made our rotations, so we were eager to hear his new mini album, About Last Night. In our view, this work is even more remarkable than its predecessors. We think Peter's special talent is the ability to craft songs that simultaneously tickle the brain and touch the heart. And a post-breakup album sung by a narrator that did not want the breakup does hit the heartstrings. But teardrops aside, the compositions are melodic and delivered in a pleasant and affecting high tenor. Other than our pleasure at the quality of the music, we had the feeling that we weren't hearing the songs for the first time, but rather they were treasured pieces from our catalog.

About Last Night is out now via Subjangle.

Bandcamp for About Last Night 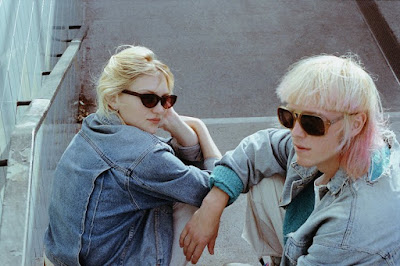 In September we introduced the noisy, punk-influenced rock of Mary Anne's Polar Rig via single "Summer Girl" (link). The Malmo, Sweden band has a distinctive and energetic approach to their art and we find it quite refreshing. "Dopamine Detox", the second single from their upcoming album,  is out now and it certainly helps us open our eyes in the morning.

The members of the band are Malin Hofvander and Harald Ingvarsson. Makes You Wonder will be out March 24 via Rama Lama Records. Just because you likely are wondering, the band takes its name from a former mining station in the Arctic which has been repurposed as a hotel. 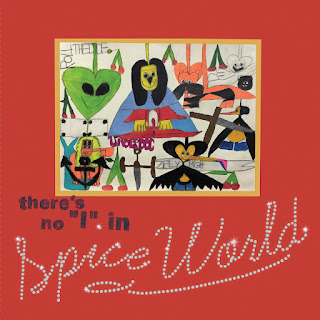 There is No I In Spice World may be an odd title, but we are here for the music, not the title. And what music this is! Freemantle's Spice World has graced us with ten tracks of pop ranging from jangling and upbeat to languid and careworn. We are reminded at times of Dick Diver, but Spice World is a bit shaggier and has a 'live to tape' informality of their own. But don't assume that spontaneity means lack of quality. These are inspired compositions, sincerely performed. And  There is No I In Spice World just may be one of the better albums you will hear in the first quarter of 2023. 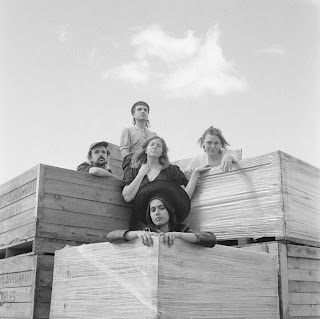 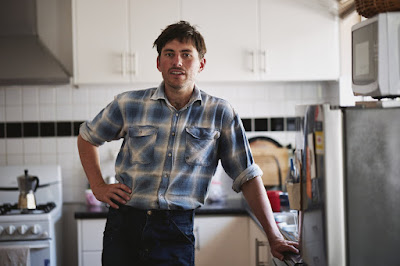 We already felt that 2023 was shaping up to be a good year for indie releases. And then it got better -- Lachlan Denton, songwriter and musician with excellent bands The Ocean Party, Pop Filter and Partner Look, is releasing the next chapter of his solo career this year. The album is Furnishings, and will be released via Bobo Integral Records on April 14. We have no doubt that it will be 'must have' album, but you don't even need to trust us. Judge for yourself with the bright and positive "Lose".

"I Confess" and "In Space" by Connections 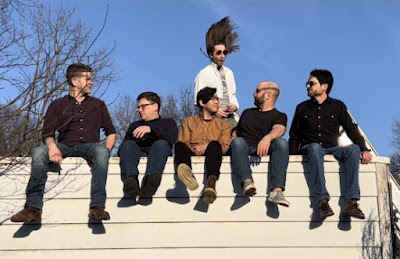 For music fans like the editorial board at WYMA (including the hound dog sleeping at my feet and the cat sleeping in my office chair which forces me to type this post standing up), there always is an emotional rush in discovering a new band that tickles our ears. Today's joyous find is Ohio's Connections. With a power pop jangle reminiscent of Big Star and Teenage Fanclub, their new single "I Confess" is an undeniable gem. And then there is the first song released from their upcoming album, the indie pop carnival delight "In Space".

Of course, discovering them doesn't mean we are ace detectives. After all, we have learned that the band has released five albums and has been together for ten years. Number six is titled Cool Change and will be out in March via Trouble In Mind Records. We don't intend to miss it.

Swedish songwriter and musician Erik Bjorklund has just released the second single from his upcoming album. The jaunty tune is titled "Pa min cykel" and is about the feeling one has after a long bike ride.

Formerly of Delsbo Beach Club and Blodmyren, the prolific Mr. Bjorklund had written a number of songs in years past that hadn't been released via his other projects. He has collect the songs and given the album the apt title Latar fran en svunnen tid (trans: Songs from the past). It will be out April 14 via Rama Lama Records. 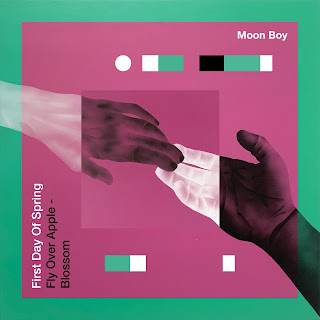 "Moon Boy" is a song that makes us very happy, so we have to thank First Day of Spring for not living up to their name and waiting for, well, the first day of spring before sharing it with the world. Melodic, with an uplifting arrangements and shoegaze accents, it is one of those songs that seem to demand the "replay" button -- and we cannot resist.

The song heralds the coming of the band's EP Fly Over Apple Blossom which will be released February 24. 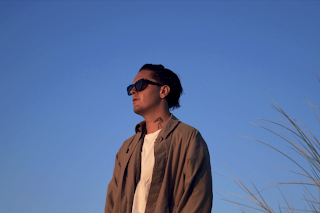 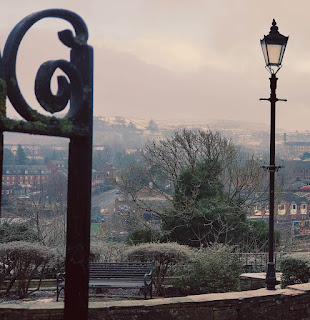 We have expressed our admiration for mighty little Flagstaff, Arizona label Emotional Response Records on several occasions. They have proved their worth once again with We Don't Make No Junk! Released at the end of 2022, it is the product of the astute decision to include songs from the label's various 2022 releases to showcase the talent and alert potential buyers to talent they may have overlooked. We find it hard to imagine that one could listen to the songs and not investigate full albums by a few of the artists. We have provided a few streams below, but their are many more delights on the album. Fair warning -- Lande Hekt may have the sweetest voice in the world.
Note that while the album is 'name your price', a few coins for the label will make it more likely that they can continue to release albums by indie artists.