REVIEW: Tie These Hands - Come On 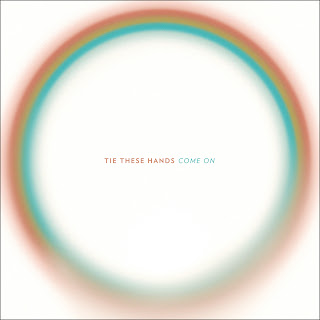 Tie These Hands is a guitar rock band based in Lincoln, NE, consisting of brothers Aram, Naum and Seth Stauffer, with Ryan Phillips, who joined them in 2007. Come On is their fourth full-length album. They recorded their first album in 2002, when Aram and Naum were in high school. Over the following ten years, they have recorded off and on as they've made their way out into the "real world", and I'd say their experiences have given them plenty of material. There's no substitute for playing, writing and singing, and clearly they've done plenty of all three.

The guitar work on this record is really something, and their vocal harmonies are tremendous. If I did not know who made this record and you played it for me, I'd guess it was Built to Spill - the guitars and vocals are that strong, and like BTS, the music creates a good feeling all by itself.

And here's "Body Language" - this is the song that inspired the Built to Spill comparison, for me - just soaring guitars, and some wonderful vocals featuring both tight harmonies and alternating leads:

And here's "Anniversary" - a sweet-sounding ballad with full string section, showcasing their vocals:

Apparently this record was already released on Kilk Records in Japan, and they are now self-releasing it in the U.S. The fact that the record was recorded in 2011 gives me hope that they'll soon have another - I'm looking forward to hearing more from these guys. You can listen to more and buy the record on Bandcamp - just click through the songs above - or you can follow the links below to their website and Facebook.