NEW SONG: Lee Ranaldo and The Dust - "Lecce, Leaving" from Last Night On Earth, out Oct 8 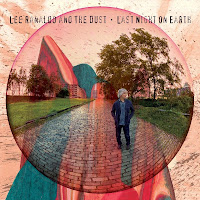 Matador Records follows up the very successful release of Chelsea Light Moving's album with more goodness from another former Sonic Youth member: the announcement of Last Night On Earth, the debut album from the newly formed band of Lee Ranaldo and The Dust, the guitarist's follow up to his 2012 album Between The Times and The Tides.

Completing The Dust's line up are Alan Licht, Steve Shelley and Tim Luntzel, who today share the opening track 'Lecce, Leaving'. The album will be released on October 8th, followed by European tour dates in November.

Here's the song - tour dates below: