NEW SONG: Lizzie and the Yes Men - New Single "Unstoppable" - and free download of Beyonce's "Why Don't You Love Me?" 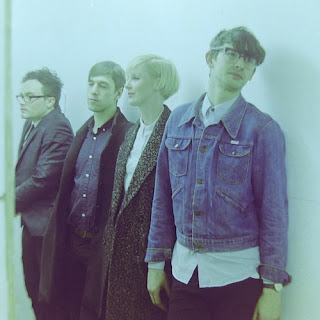 Lizzie and the Yes Men are a female-fronted surf-pop band from London. They describe their sound as "Tarantino surf pop" - I get it. They use the surf drumrolls, heavy reverb and even some Dick Dale-inspired speedy guitar runs. It's very catchy stuff - especially notable is the contrast between the band's jagged sound and her high, clear vocals. The band consist of Lizzie Holdforth, Andy Goodman, Keir Greenaway and Brendan Bailey. They've just released their first single, "Unstoppable" and are at work on an album to be released early in 2014. Here's the video for the song - a creative use of the time-lapse technique:

And just for fun, here's a cover they are giving away - their cover of Beyonce's "Why Don't You Love Me":

And a killer, really upbeat cover of "Don't Worry Baby":

Tarantino, Spector - artistically, I applaud their taste in musical influences. And I'll just trust them to eschew the gun stuff...