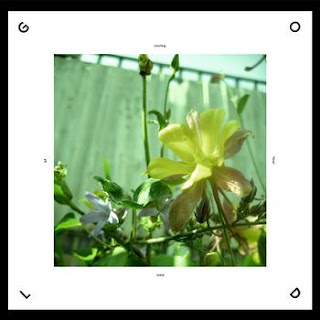 Gold is a Calgary-based dream pop outfit featuring some absolutely beautiful guitar sounds, guazy vocals and a gentle, steady rhythm. They have just released a 4-song EP, Losing Your Hair, which is the result of a session they did last year with the late Chris Reimer of Women, who played drums on the songs that make up this record. The band characterizes this release as a tribute to Reimer:

"We started recording these songs in January 2012 with the intention of spending a couple of months demoing all of our material in preparation for a full length studio album. Our drummer, Chris Reimer, had brought over his beloved 4trk cassette deck, small mixer, and collection of microphones and we spent some days and nights together playing with gear. On February 21th 2012, Chris passed away unexpectedly in his sleep of a previously undiagnosed heart condition. This EP is an archive of the four songs we had completed with Chris on the drums and the console, and is dedicated with so much love to him and the inspiration he filled us with."

Here's a live performance of "Waters":

This stuff will take you to a beach someplace - it's got that wonderful combination of reverb-laden guitar and ethereal female vocals our regular readers will be familiar with. Mostly because we at WYMA love that sound... 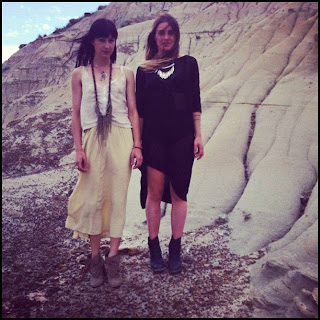 Band consists of Kaelen Ohm (The Shrapnelles), Rena Kozak, Chris Dadge (Lab Coast, Samantha Savage Smith, Snailhouse, Woodpigeon) and Matthew Swann (Extra Happy Ghost! / Astral Swans). I'm not too familiar with the rest of those bands, but this is really wonderful stuff so I am hoping they all make Gold their primary project and put out some more of this.

This record is on Mammoth Cave Records.