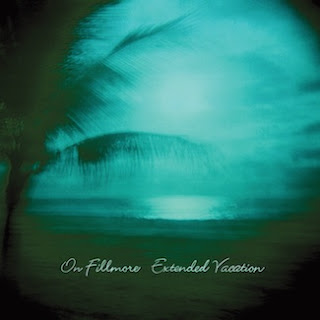 On Fillmore will be providing a live soundtrack for WNYC's Radiolab's "Apocalyptical" tour. Radiolab writes that the tour will "turn its gaze to the topic of endings, both blazingly fast and agonizingly slow... the evening will be a thought-provoking and laughter-inducing dance on the grave of our inevitable demise." Listen to Radiolab's hosts Jad Abumrad and Robert Krulwich announce the tour on a special episode of Radiolab, HERE.

On Fillmore, consisting of Wilco percussionist Glenn Kotche and bassist Darin Gray, will team up with Noveller to provide the soundtrack for all dates, which you can find listed below. Kotche and Gray have been recording together for years, building atmospheric music out of field recordings. It's intriguing stuff, and any fans of Radiolab will have no trouble imagining how these two creative forces will meld together to create evenings of sheer genius.

Click here to listen to On Fillmore's song "Master Moon" from their most recent album Extended Vacation- and here is the video:

"Master Moon" by On Fillmore from Secretly Jag on Vimeo.

Note that this is not an On Fillmore concert, playing previously-recorded songs. They will be providing a live soundtrack, and on evidence of their creativity, expectations are high.

Learn more about the tour or buy tickets here.