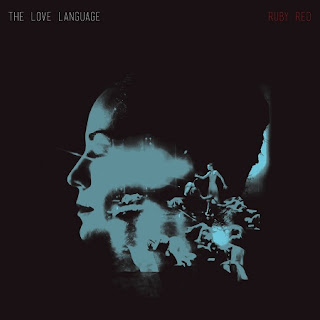 The Love Language's third album Ruby Red is full, rich and varied in its approach to pop music. The band consists of Stuart McLamb, his (in the words of the Merge press release) "engineer/case worker/boxing coach" BJ Burton and a large cast of co-conspirators, many of whom contributed remotely. McLamb's got a reputation as a perfectionist, and the evidence is all over this album. It's full of classic rock and pop sounds, a combination of new wave style, garage rock, catchy pop and in places an almost Spectorish, wall of sound rhythm section. Some of the tracks, like "Knots" and "Izzy" explore a variety of string and synth sounds to sort of swell it up.

The album starts out rocking - here's the upbeat opening song "Calm Down" (and a new video, released just about a week ago by Merge):

Another rocking cut is "Faithbreaker" - probably my favorite track on the record, with its insistent drumbeat, George Harrison slide guitar and full, reverb-laden vocals. Along with "Calm Down" and the big, sort of "everything goes" closing song "Pilot Light", the upbeat stuff is well-placed within the sequence of the album. "Pilot Light" carries the 70's pop/rock theme to its logical conclusion and serves as evidence of McLamb and Burton's songcraft:

It's out now (released July 23 on Merge Records), and you can listen and learn more at The Love Language's website, Facebook or Merge Records website. And they'll be back out on the road in a week or so: