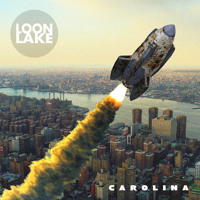 Loon Lake is a garage band from Melbourne.  In advance of the October release of their debut LP, Gloamer, they have released "Carolina".  In a bit less than four minutes the five lads give us an energetic and affecting lament about a girl walking out.  It is classic rock and roll fare, and a very good song.  I think it portends good things for the album.  Enjoy.