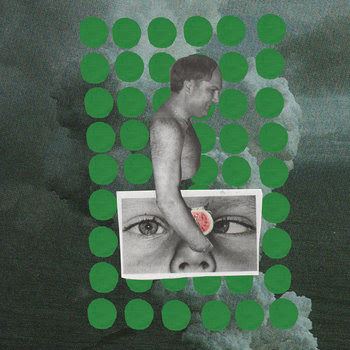 New Jersey band Graham Repulski has released a fuzzy, catchy lo-fi beauty of a record called Cop Art. I had no familiarity with this band before hearing this album, but it was sent to me with the assurance that, based on the name of our blog, it might hit a sweet spot. And it certainly has. For the most part, it sticks to a formula of simple guitar lines and distorted vocals. The first track "Marathon #1" contains a repeated, insistent guitar line that sort of builds the anticipation for what's next. And what's next is a slice of unvarnished, British Invasion-inspired fuzz pop, "Smile Across Your Legs":

"Rip Van Winkle" is terrific, and plays like something from Vampire On Titus - consider the line "I see chicks and cosmic bricks" or is it "Icy chicks"?

And "Why I Don't Believe In Anything" - at 3:26, it's the longest track on the record and has time to explore a couple of guitar freakouts, and a near-meltdown, along with the Pollard-inspired vocals:

This record is noisy, catchy and charming. It's intentionally lo-fi, which is part of its charm, but only part. The charm would be lost if it lacked the kind of hooks that are packed into this compact gem (13 songs in about 24 minutes). Check it out at Big School Records, friends of WYMA who have sent us other good records like Shy Mirrors' Negative Collector and Norwegian Arms' Wolf Like A Stray Dog.

Learn more, download for name-your-price (for now), or buy a limited edition vinyl at Big School Records. If you still pull out your old copies (or proudly play your new digital copies) of Propeller, Bakesale or Crappin' You Negative, don't waste any time... this is for you.

This is a great post- had never heard of them, but this sounds great- spot on...