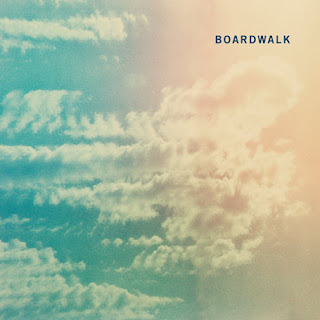 We recently featured a track from new L.A. dream pop duo Boardwalk, who have been signed to Stones Throw and will be releasing an album in the fall. The song is "I'm To Blame", a hypnotic bit of reverb-drenched near-shoegaze with swirling guitars and otherworldly vocals, and this is the video they've released to go along with it. Fittingly, the video is gauzy, multicolored, oblique and pretty:

Broadway is Mike Edge and Amber Quintero, who met and formed the band last summer - we're really looking forward to the album.