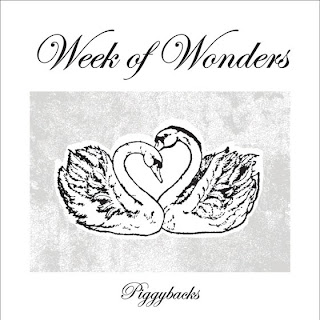 Week of Wonders is a new project of Leif Anders, former member of Orca Team. This new band formed in January 2013, playing music they call "tropical punk". I certainly get the tropical part, and perhaps there's some punk in the skittering nature of the rhythm section. But the vocals and guitars (which to me have an Afro-pop lean) are melodic as heck, which is something this band has in common with Orca Team. Both Scott (here) and I (here) featured Orca Team previously on WYMA, so this successor project is certainly welcome here, too.

Here's the video for "Piggyback":


They're on Athens label HHBTM Records.