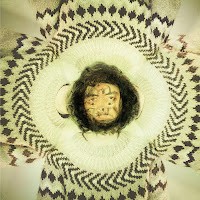 From Florence, Italy comes psychedelic rock outfit The Vickers, who've just released a two-track single accompanied by a trippy video. The front side, "She's Lost" features a subdued intro with sort of a motorik drumbeat onto which they layer all kinds of guitars - surf guitar, psychedelic solos - and spacey, reverb-laden vocals:

Here's the b-side, "All I Need" - a little more jagged on the drums and the guitar intro, but still featuring nice reverb on the vocals and psychedelic guitar work:

It's reminiscent of Tame Impala (the vocals mostly) and some of my Paisley Underground favorites, The Rain Parade (especially the guitars)... all good stuff. Looking forward to hearing more. Until then, here's one more song, a very good cover of "She Said She Said". In addition to good psychedelic chops, they've got excellent taste: