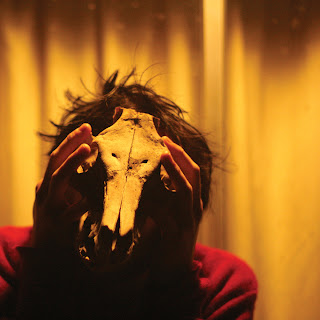 Listening to Posthumous Release, the second album from Mat Cothran performing as Coma Cinema, is like paging through an artist's sketch book.  There are lines, shapes, and scenes.  Some are more developed that others, but the stories aren't fully detailed and the colors aren't all there.  Whether that bothers you depends on how you like to approach music.  If you want the full story laid out for you, perhaps with a screaming guitar solo after the killer line just to remind you that you heard something important, you may not be drawn to it despite its charming arrangements.  But if you like hearing a suggestion of a scene or event, and then letting your imagination tell you the story, then this album is a rewarding listen.  It seems to me that such an approach sometimes was required to appreciate the work of Mark Everett as Eels, and of Elliott Smith.

I encourage you to stream the tracks below.  I assure you that the album stands up well to repeated listens.


Posthumous Release was produced by Jason and Brad of TV Girl.  It is out now via Fork and Spoon Records.