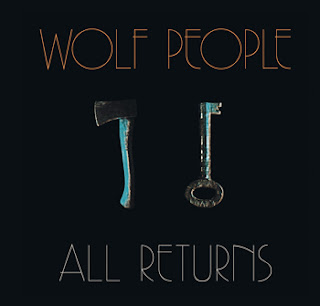 Wolf People are channeling Sabbath, Can, Fairport Convention... man, all kinds of stuff, but they make it their own. In fact, after spending significant time with All Returns, and struggling with a way to convey how awesome it is, and to let you know what kind of creativity, artistry, alchemy and recombination is going on here, I'm going to default to my memory of the first time I heard Television.

First of all, give a listen to the single. Here's "All Returns" - it's truly epic in its scope and flawless in its execution:

Lead singer Jack Sharp sounds like a voice from the history of British folk rock - and the band admits that they are fans of, in addition to artists like Fairport Convention, more obscure European folk rock. The best part about the Wolf People, as heard on Fain, is their heavy, heavy emphasis on the "rock" part. Yet they don't skimp on the folk part, and somehow they incorporate some heavy blues/rock - like the percussion and guitar riffs on "All Returns" for example. And sometimes they just, unashamedly and enthusiastically, boogie.

It's a fantastic record - not exactly like anything else you have in your collection, but with echoes of so many good things you may (hopefully do) have in your record collection. Here I'm reminded of John Barleycorn Must Die, there it's some of Led Zeppelin's more folk-leaning stuff ("Battle of Evermore", perhaps)... but never completely, and never to the detraction from what's actually going on here. 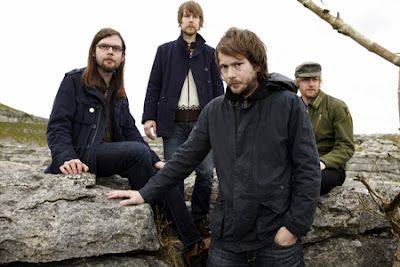 Listening to frankly amazing songs like "When The Fire Is Dead In The Grate" as it morphs from a dirge to a hard-boogie showcase, to, finally a twin guitar exhibition that would make Verlaine and Lloyd proud... makes me understand just a little bit more what Ahmet Ertegun meant when he said to Jerry Wexler about Television: "This is not earth music." Except that this is very much earth music - it's just not going to be easy to pin down. Fortunately, much like the genre-defying classic Marquee Moon, it's easy - very easy - to listen to. It's out now (released Apr. 29) on Jagjaguwar.

Tour dates for support of Fain: