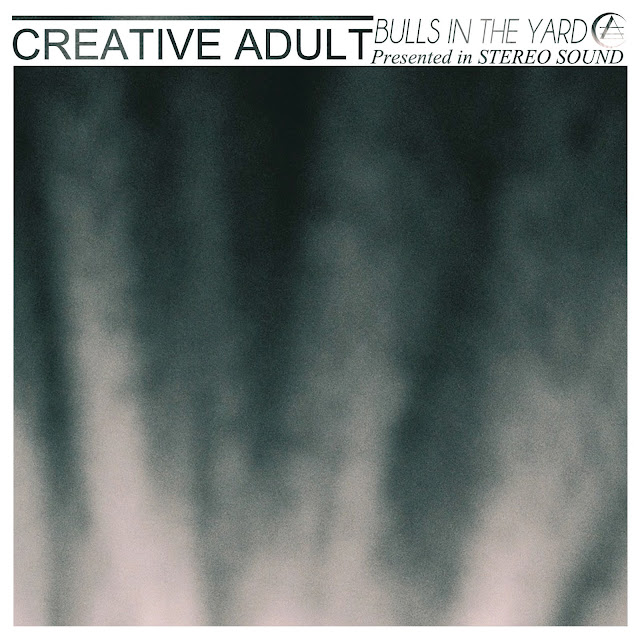 Emerging from California's North Bay punk scene, Creative Adult has just released a legitimate claim as a band to watch.  Following its 2012 7", Bulls in the Yard EP showcases a band whose punk in garage assault leaves room for nuance and accents.  The title track starts the proceedings with an in-your-face blast of hardcore punk -- loud, aggressive, paranoid, cathartic.  The second track, "Consumes Itself" begins in a similar vein, but reveals a loud soft-dynamic, and a feel for sonic effects ignored by most punk bands.  "Chemical Glow" combines post-punk and garage with a manic pace.  And then the landscape changes with the mid-tempo post-punk Gothic delights of "Rushing Toward the Cemetery".  If Bauhaus were reinventing themselves as a garage band, they would sound like "Rushing Toward the Cemetery" and we all would be happy about it.

Murder City Devils meets Bauhaus and Joy Division?  Maybe.  But there is enough in these four tracks to suggest that this band could explore several different directions in the future, and do it well.


Bulls in the Yard EP is out May 7 on Run For Cover Records.

Here is a link to the Soundcloud stream for the title track.