Say a Prayer for Philip Chevron 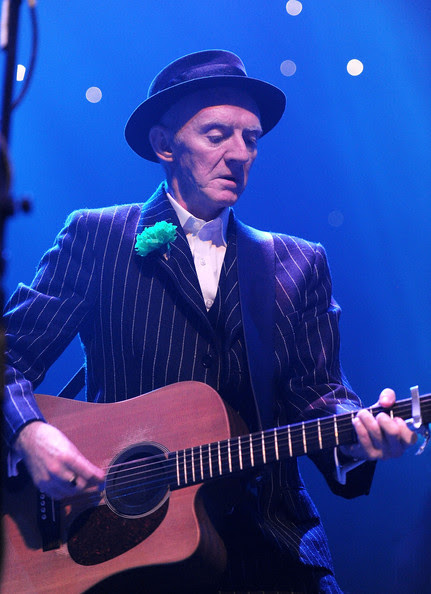 Word has made it to us that the great Phil Chevron, of the Pogues and the Radiators, has been diagnosed again with cancer in his head and neck. He battled esophageal cancer for several years beginning in 2007, beating it back enough to participate in the last tours of the Pogues. Now, though, he is being told the cancer is inoperable. Louder Than War reports Chevron as saying "This time the cancer is lethal." He's only 55, for goodness' sakes.

The Radiators from Space were formed in Dublin in 1976, and have been called the first Irish punk band. They released two critically acclaimed albums in the late '70s before disbanding in '81. They later reformed, for a time joined by former Pogues bassist Cait O'Riordan. Last year, they even released a covers record. Here's a great old Radiators song:

Phil Chevron is one of the few native Irishmen of the Pogues. He's only given writing credit on three of the band's songs, but one of them is among the most memorable and moving of the band's catalog. Here's a short clip of Phil playing "Thousands Are Sailing" followed by a very fine live version from 1988.