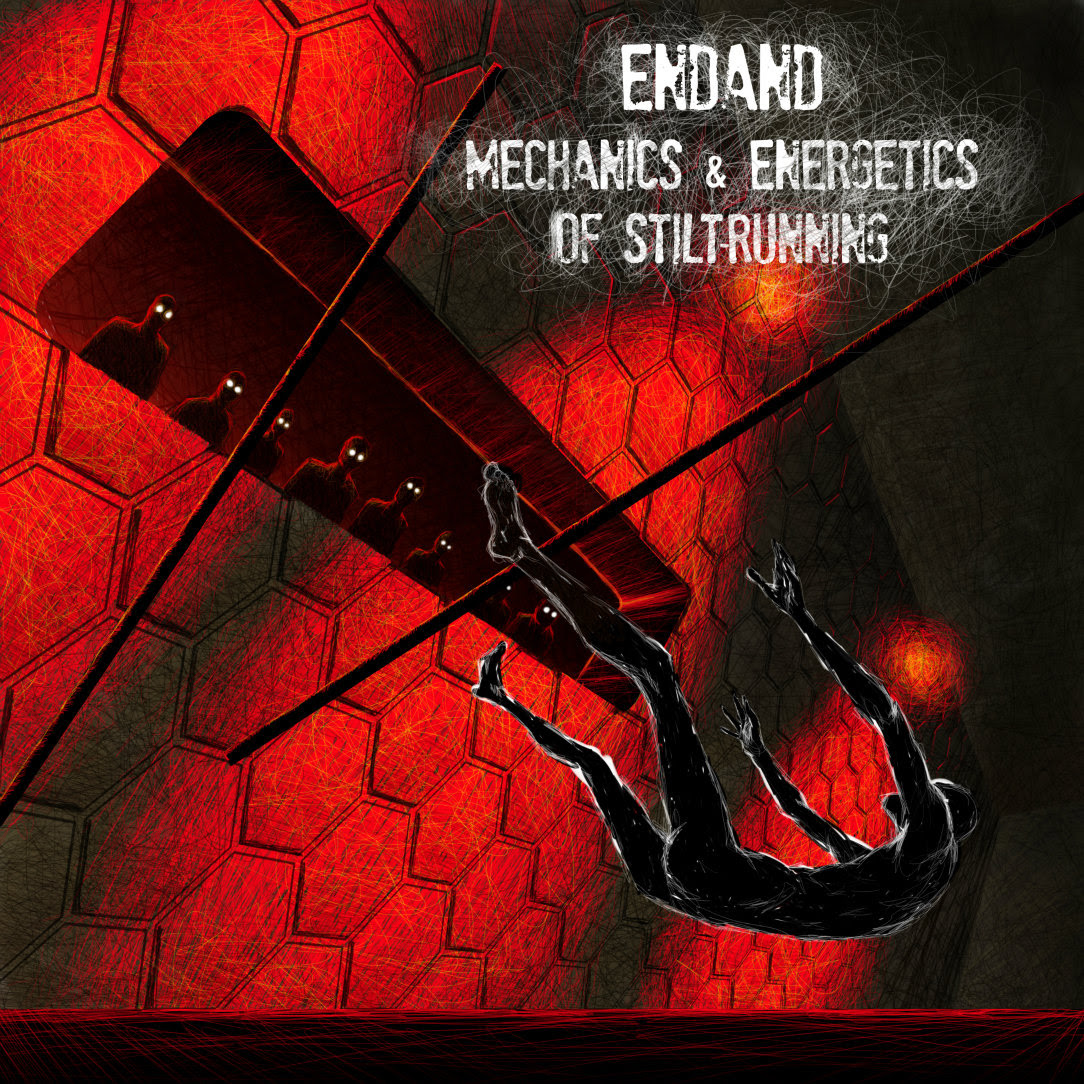 EndAnd is a Brooklyn-based band playing exhilarating, emotional heavy punk/noise rock. Starting in early 2011, Daniel Fern and Mike Morales played for a while as a rock duo, until they shared a bill with former Capita Clip bassist Bill Fitzgerald, and invited him to join them, becoming a power trio, with the emphasis on power. Their sound has coalesced around these three and reflects their experiences. Their new full-length Mechanics & Energetics of Stilt-Running is raw, visceral rock music - it's heavy, but at the same time it moves hard and fast.

Here's opener "At Fault's End" - bass-heavy (as is a lot of the album), with slashing guitars and anguished vocals, it sets the tone of perpetual unease:

Vocalist/Guitarist Daniel Fern says "This album is immensely personal and angry. Maybe even schizophrenic, I don't know. It's 11 songs and only 21:30 minutes. It's themes are focused mainly around immigration and being trapped mentally and physically in a situation one does not have control over (I was an illegal immigrant for nearly half my stay in America since I arrived at the age of 12. I'm now 27). Diseases such as chronic muscle tensions, stomach disorders. and cancer. Relationships, loss and mistrust. The loss of my father and grandfather. These are the themes I'd rather not put one under a microscope."

Here's "The Hypocrite Mourns", which displays their way of building from a brooding, almost sludgy starting point through some metal guitar, pounding harder and faster as they go:

They've got a lot to say, and not a lot of time to waste getting it out there - as I said, exhilarating. You can download it at their Bandcamp page now for "name your price". If you like heavy rock with punk leanings, there's every reason to check it out, and if you like it, come back and buy a download for a friend.