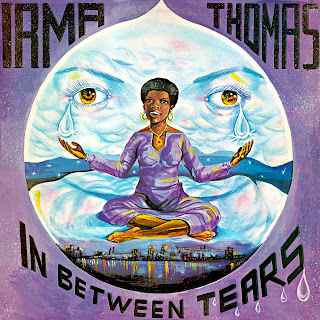 Alive Naturalsound Records has released the soul classic In Between Tears by Irma Thomas - the Soul Queen of New Orleans. Thomas' third album was produced by Jerry Williams Jr (Swamp Dogg) and features Duane Allman on a couple cuts.  Irma Thomas never received the first name recognition of other 60's soul divas like Aretha, Patti, Martha, Diana and Tina.  Much of this was due to the economic marginalization she experienced in her youth.  Irma had her first child at 14 and by the time she was 19 she had been married twice and had three more children.  Despite these roadblocks, Thomas managed to become noticed in the Crescent City music scene.  Her first two albums were produced by NOLA legend Allen Toussaint.  Her first album featured the original version of "Time is on My Side."  The Rolling Stones recorded it soon after without a tip of the hat to Irma's vocal phrasings or Toussaint's instantly recognizable arrangement.


Irma continued to work with Toussaint and other producers.  Her biggest hit was the '64 soul classic "I Wish Someone Would Care" which reached #17 on the Billboard R&B Charts.

Motown and Stax were the only labels with the infrastructure required for national distribution of music which had been, until recently, described and marketed as "race records."  Relegated to small labels with poor distribution and minimal promotion budgets, Irma Thomas was never more than a regional presence during the 60's. In the wake of Hurricane Camille in 1969, Irma left New Orleans to find a musical future in LA. This did not happen. Four years later she was back and looking to record.

Jerry Williams, whose production helped Betty Wright achieve national recognition. was selected to record Irma's third album - "In Between Tears."  The album is the music of a strong woman reflecting the nascent women's movement of the the early 70's. 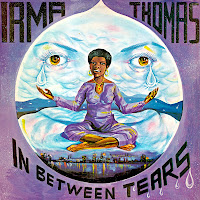 Eight of the ten tracks were written by Jerry Williams Jr, aka Swamp Dogg Track 8 - "Turn My World Around" was penned by Irma Thomas. The fifth track - "You're The Dog (I Do The Barking Myself)" features Duane Allman on guitar. The album is a soul classic which will complete the collection of Irma Thomas' early recordings. Enjoy these two cuts. Let them be your entry ino the world of the Soul Queen of New Orleans.

I'd Do It All Over You

Irma Thomas makes multiple appearances every year at Jazzfest.  I have been blessed to see her many times.  She has not lost a beat.  Buy this music now.  It is a great substitute for enjoying the lagniappe of New Orleans in person.  Go to Alive Naturalsound Records and order your copy.  While you are there check out Swamp Dogg's "Gag a Maggot."  It's a musical twofer which should not be ignored.