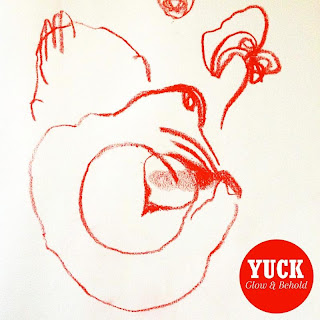 Now, this is a nice way to treat your fans as they pat their feet waiting for a new album. We've been crazy about Yuck since their first album dropped out of nowhere and delighted indie rock fans with its ethereal vocals, buzzing/chiming guitars and feedback... (WYMA review of their self-titled debut here).

The band recently shot a video at RAK Studios in London, as they prepare for a European tour in support. Apparently the 360-style video shot by Michael Lawrence will consist of four tracks, including stuff from the new album. Here's a recently-released video of "Middle Sea":

But this New Order cover is just about perfect:

They'll likely be playing that at some of these European tour dates:

You can pre-order the album (and why would you not do that?) at Fat Possum.