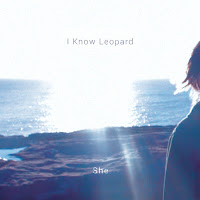 I Know Leopard is a Sydney-based four-piece band playing enchanting, sort of "wall of sound" guitar pop that is simultaneously reminiscent of My Morning Jacket and heavier guitar stuff like Jesus & Mary Chain. Here's the video for their new song "She":

The video is their tribute to the beauty of Sydney's coast - filmed as they walk along Botany Bay's headland, the site of the first European landing in Australia. It's the first advance track from Illumina, which will be out October 1.