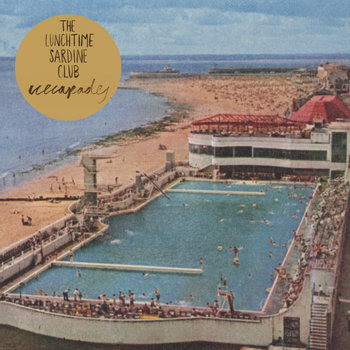 Apparently singer-songwriter Oliver Newton (who also plays in Yndi Halda, Bermuda Ern and St. Coltrane) conceived of Icecapades as a set of short stories, at least in part inspired by documentaries about weird, unexplained events.  The album was recorded in Newton's home in Brighton and, at some point, he chose the name Lunchtime Sardine Club for his project.  The songs are lo-fi and softly psychedelic, and I find the album to be both intriguing and relaxing.  And there is a lot of variety.  Some are folk tunes, some have some clang and harshness to them, some are hazy and fuzzy, and some are playful and light.  If I were sitting on the porch of a summer beach house waiting for the rain to stop, this would be the perfect music to play while waiting for the weather to change.


Icecapades is out now on Sonic Anhedonic Recording Company, a collective based in Brighton, UK.