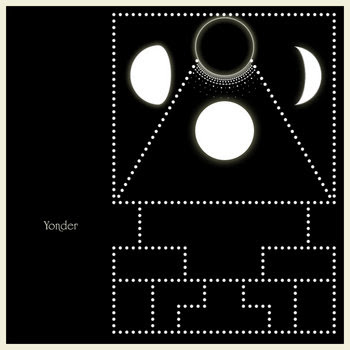 Oh, this is so good, and probably the best ten minutes of my day!  Three indie rock anthems at breakneck pace with a rubbery bass, driving drums and soaring vocals.  Back in the '90s there was a weekly radio show here in Seattle that played grand scale pop songs from the '80s.  The DJ called her show "Resurrection Radio", and this little EP from Seattle band Yonder has, for me, that similar resurrection sound.

Yonder is a relatively new outfit. Alex Clark and Chris Reisinger played in a band called Elba.  Elba died, and they met Nick and formed a new band.  This self-titled EP was recorded at Holy Fool in Seattle.  They are offering the EP at "name your price", so listen and download from the Bandcamp link below.  You'll be very glad you did.

Elba sure was great - here's my review from 2011: http://whenyoumotoraway.blogspot.com/2011/09/review-elba-elba.html