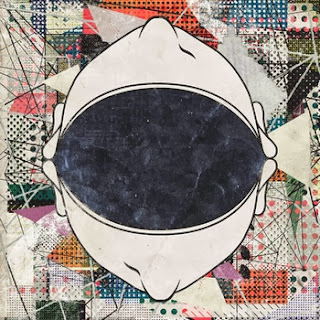 Jack Cheshire is a British singer/songwriter playing a style of jazz-influenced, psychedelic-leaning guitar rock. It's got the unexpectedness and temporal variety of good jazz, but like good pop music, it is in your brain almost before you know it. His new album is Long Mind Hotel, and it consists of ten songs that touch on all points from British folk to experimental jazz rock and psychedelic guitar pop, often in the same track.

Here's "Gyroscope" - it's the quintessential number on this record, showcasing Cheshire's beguiling accent and sinewy guitar playing, as well as the jazz chops of his recording band: Jon Scott on drums, Andrea DiBiase on double bass and David James Pearson on electric guitar. At times the guitar work calls to mind Tom Verlaine, at times Richard Thompson. I realize that may sound fanciful - just check it out:

Out of what must have been a tremendous record collection, Cheshire cites as particularly influential such disparate artists as The Beach Boys, Augustus Pablo, Fairport Convention, Tom Waits, Billie Holiday, Laurie Anderson, Echo & the Bunnymen and Can. For myself, I'd assume that Syd Barrett and Ray Davies figure into the mix as well. He's got some of Davies in his vocal style, I think, and Barrett in a sort of restrained psychedelia on songs like "Moving In a Straight Line" or the title track, "Long Mind Hotel", a haunting story of a place where drugs and money are exchanged - where one can "knock on a door... and go to hell." The fingerpicking guitar, backed by swelling strings and accompanied by Cheshire's heavy British accent, make it a harrowing trip.

The album was recorded at Sawmills Studios Cornwall, at a fairly inaccessible location. Jack says that was integral to the process. It may be reflected in the strange combination of insularity and ethereal nature - an example, "Heavenly Bodies" which starts out very much like an Echo & the Bunnymen cut and slowly descends into a beautiful bit of quiet jazz, then leads into "Into the Void"... which is all syncopation, swing and skittering guitar leads. This is a terrific album. I liked some of it on first listen - "Gyroscope" is very accessible, for example. But I liked it more every time I listened and that is a credit to both the songs and the beautiful, intricate playing of Cheshire and his band. Long Mind Hotel is available now (released Sept. 3).