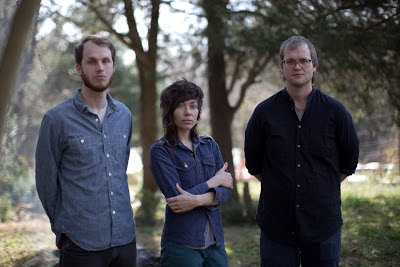 Mount Moriah released their latest album Miracle Temple earlier this week. It's a stunning accomplishment -- Heather McEntire's one of the best country singers we've heard in years, and Jenks Miller's guitar works wonders (WYMA review here). To celebrate they have released a video to accompany the lead track "Bright Light":

They're also heading out on a tour, supported on several dates by Merge label mates William Tyler, whose great new guitar epic Impossible Truth (due out March 19 -WYMA feature here) is summoning ghosts of John Fahey and Skip James, and Telekinesis, who have a new one due out in April. So on one bill, you've got the potential to see Mount Moriah's soulful country rock, Tyler's timeless and intricate guitar work, and the brash power pop of Telekinesis: