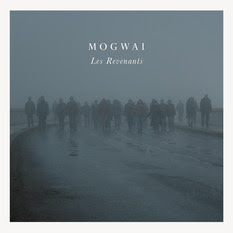 Mogwai are one of my favorite artists, and any Mogwai album is cause for celebration. This soundtrack cd, from a French television drama entitled Les Revenants ("The Ghosts") is no exception. In a sense, it's really a full album disguised as a soundtrack - if you are a fan of Mogwai and their "post rock" genre, you will find much to enjoy in these 14 tracks.

There is plenty of atmospheric, foreboding Mogwai music - a bit more muted, perhaps, than their usual, but no less majestic. The song "Special N" is particularly beautiful. Mogwai say the more subdued sound of this record is due to the fact that they are supplying only part of the art, whereas on their albums they supply it all. This makes sense and is borne out in the music - but one thing that is in common with previous Mogwai records is their uncanny ability to do "more with less" - to take a piano tone, bass drum or guitar tone, and build them into something that conveys a sense of unease or foreboding, but something that is at the same time breathtakingly beautiful.

There are also songs that would fit on almost any other Mogwai record. We featured one of them, "Wizard Motor" in a previous post. It's good enough to post again:

And there's a bit of a curveball - a spare, slow acoustic ballad. But in keeping with the rest of the record, it's a particularly pretty take on an old spiritual "What Are They Doing In Heaven Today?":

And finally, another twist to the project is that Mogwai were asked for the music in advance of the television series being filmed - though they did have a feature film to view in order to gauge the mood. So it's not your typical soundtrack, but unlike their previous soundtracks Zidane and The Fountain, it's fully a Mogwai album, and I'm perfectly happy to celebrate it as such.