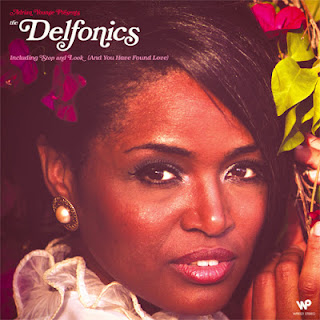 You know how sometimes people will get into hypothetical music discussions? "What if Jimi Hendrix had lived?" was always my favorite one, but there are infinite possibilities. Adrian Younge, an acclaimed hip-hop artist, producer and soundtrack composer, had one of his own (and I'm paraphrasing here): "what if someone like RZA had produced the Delfonics?"

The difference between most of us (me, certainly) and Younge is this: Younge actually has the talent, the wherewithal and the connections to make something like that happen. On Adrian Younge Presents the Delfonics, he and William Hart (the original songwriter and possessor of that unforgettable falsetto) make an album that sounds, in places, like lots of music that might have been made over the last 40 years, but could have only been made now, by one of the greatest soul singers of all time and a rising star in the hip-hop and nu soul world.

Learn more and buy at Wax Poetics' website. And, though I know I've done it before, I will take a moment to rave about the music discovery and especially the quality of the writing in Wax Poetics magazine. If you're unfamiliar, you've got a treat in store. Pick an issue, any issue, and check it out.