New track from Telekinesis: "Ghosts and Creatures", from Dormarion (out Apr. 2) 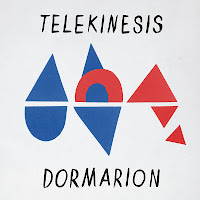 Here's an advance track from Dormarion (due out April 2 on Merge) - "Ghosts and Creatures":

This is a pretty song - nice, insistent beat, understated keyboards, a little bit of jangle on the guitars, and a chorus that's kind of majestic. We'll have a review of the album later this month, but if you don't feel you need a recommendation from us, you can just go pre-order it now.