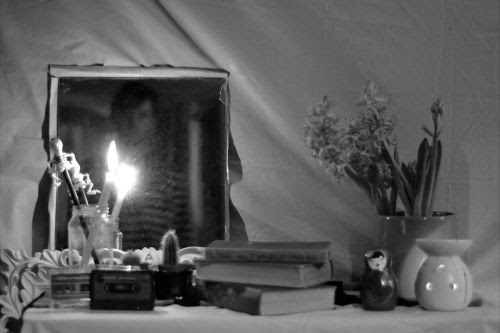 So-called "bedroom pop" usually is distinctively restrained, often precious.  But Autumns proves that it doesn't have to be that way.  With a microphone and his laptop, young Christian Donaghey, of Derry, Northern Ireland, creates his own "bedroom wall of sound".  As of April 15, two tracks are available on a cassette single (and/or digital download) from Soft Power Records.  The first track, "Keep On Sinking", is an eerie musical ride featuring pounding drums and atmospheric vocals drenched in feedback and distortion.  The approach changes for "Who Would Have Thought", as the wall of sound parts enough to allow a roots guitar riff to become the focal point of the proceedings.

This is gloriously, wantonly damaged pop, and quite intriguing.

The physical release is limited to 100 copies, so we are bringing you early word in case you'd like to pre-order.