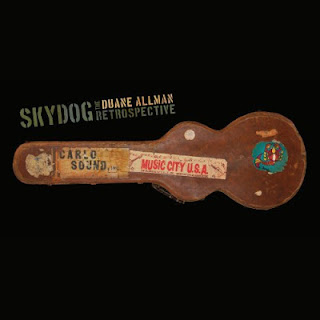 Skydog was Duane Allman's nickname, and it's the name of this expansive, extravagant seven-disc retrospective of his career. Over the course of these seven discs, you can trace his development along a series of recordings: his and Gregg's early Florida- and Nashville-based garage bands, The Escorts and The Allman Joys, the L.A.-based ABB precursor The Hourglass, his session work in Alabama with such greats as Eddie Hinton, Clarence Carter, Wilson Pickett, Aretha Franklin and Arthur Conley (to name a few), as well as a gracious sampling of the Allman Brothers and Derek & The Dominos work.

Unfortunately, Duane Allman died young. Fortunately, his impulsive and obsessive nature left us a tremendous body of music to remember him by... and fortunately as well, his daughter Galadrielle engaged a great archivist, Bill Levenson, and the great Americana music label, Rounder, to pull music from all these sources.

Listening to the early work, the British Invasion influence is hard to miss, and it helps inform a lot of the work he did at Muscle Shoals - check out the "Born to Be Wild" cover on which he plays behind Wilson Pickett, and Laura Lee's "It Ain't What You Do (But How You Do It)" - he plays some audacious electric lead guitar, in some cases in addition to the stinging slide that became his calling card throughout his Allmans career.

In addition to Pickett and Lee, Jerry Wexler hired him to perform on Atlantic sessions by King Curtis, Otis Rush, Arthur Conley, the Soul Survivors and Sweet Inspirations. Speaking of slide guitar, one of the pearls you will find here is a cut from the Barry Goldberg Blues Band (a/k/a Goldberg-Miller Blues Band, at one time featuring Steve Miller) with Duane playing some delightful slide blues guitar on "Twice a Man". Also, in addition to "Loan Me A Dime", which was previously available on the Anthology, there are three more Boz Scaggs cuts featuring Duane's slide work. He adds a swampy touch to the five Ronnie Hawkins rockabilly-meets-blues cuts here, including "Will The Circle Be Unbroken" and "Who Do You Love", and also included are all four songs on which Allman played from Lulu's 1970 Atco release New Routes. As I said, expansive. 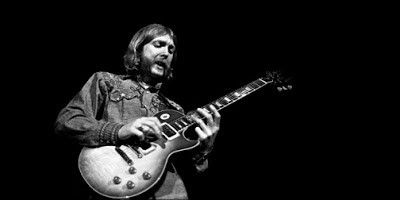 Duane briefly had a solo Atlantic deal, resulting in a session that contained the always-amusing “Happily Married Man” (you can listen here at Relix), the Chuck Berry cover "No Money Down" and the old blues standard "Going Down Slow". That session was abandoned mid-stream as Duane, Gregg, Dickey Betts, Berry Oakley, Butch Trucks and Jai Johanny Johanson finally began what, in retrospect, seems inevitable: the birth of the Allman Brothers Band.

If you enjoyed the two previous Duane Allman anthologies, you'll find some duplication of those collections on this package. But if you're like me, it's time for a newer, remastered version of a lot of that stuff, and you will marvel at the breadth of the previously unreleased material (including, among other delicacies, a live jam with the Grateful Dead on "Sugar Magnolia"), as well as the expanded exploration of Duane's soul session work. Disc 2 alone contains 26 soul tracks by 11 different artists, including Aretha Franklin, Wilson Pickett, King Curtis and Arthur Conley, to name a few. In addition to being fairly comprehensive, this collection puts his great music in a compelling context, and is nicely put together: 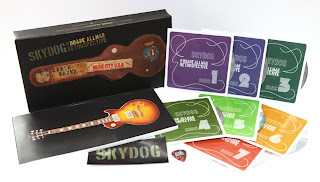 You can read more, or buy at Rounder Records website.