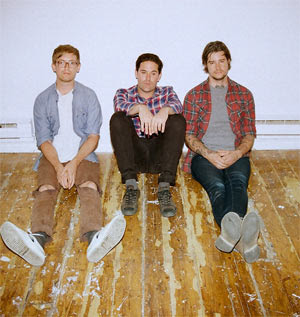 METZ is three guys from Toronto who are gnawing out their own space in punk rock. Their debut album is a visceral, dissonant tour de force, and was at the top of my list of great 2012 albums. Sub Pop has posted a new video for one of the best songs on it. If you were to strip away some of the industrial goth grime from an early Killing Joke song like "Madness", it might sound a lot like this. They're on a long tour right now in support of the album, including 6 sets planned for SXSW. I've got my ticket to see them at the great Local 506 in Chapel Hill on 4/20. Check the links below for a show near you.

I can only understand one word of the lyrics, but I think this song is about when your mind wanders on a Friday afternoon. Check out "Wasted".