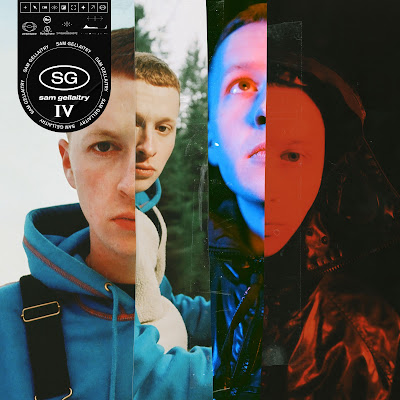 Scottish producer and composer Sam Gellaitry has released the digital version of his new EP IV (the vinyl version comes in June), following the three EPs he released between 2015 and 2017. Well regarded as a master beatmaker, Sam steps up to the mic for the first time in this recording, and hits the bullseye vocally as well. IV consists of four tracks focusing on four different emotions. And all of them sparkle and dazzle with musical color. Last month we posted the excellent lead single "Duo" (link), so we will give you two of the other tracks today.