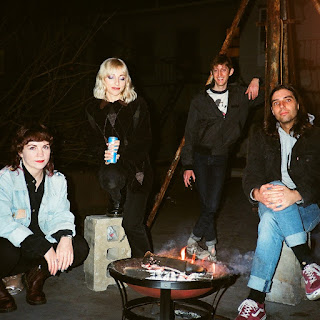 LVL Up's Mike Caridi's solo project The Glow has become a four piece band, and we think it sounds quite good. But you don't need to take our word for it because they have released a two song single. The songs are textured, melodic pop rock that sound like springtime to our ears. "Love Only" / "Heavy Glow" is out now via Double Double Whammy Records, and we recommend it to your ears.