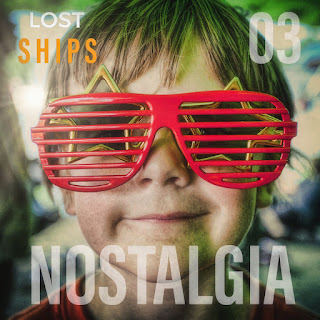 As a confirmed jangle pop fan, it always is a treat to receive a new release by the Portsmouth, UK band Lost Ships. The freshly-arrived Nostalgia is their third EP for Subjangle and consists of five tracks of the jangling power pop and wistful indie pop that thrilled me with their previous records. Clever hooks, pleasing chords and heart-lifting choruses seem just right for the beginning of springtime. Visit the EP at the Bandcamp link -- I don't think you will be disappointed.

Lost Ships are Dave Sarney (bass), Simon Rapsey (drums), Dev Cross (guitars/vocals), and Ashley Chaplin (guitars/vocals). Nostalgia is available now in digital and CD formats via Subjangle. By the way, for those of you with long memories and a tendency to compare bands, you might recall that these guys were known as The Kites in the early '90s

Hi. How does one submit music to your consideration? kind regards. Filip