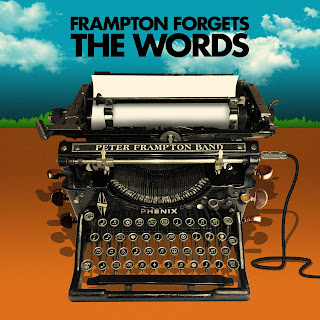 Do you like rock guitar? Then you will love this record. Peter Frampton’s guitar work doesn’t need any introduction, and neither do most of these songs. That said, the creativity displayed in his playing and in his band’s work make this an exhilarating listen, and certainly more than you might expect. There are some older, less “radio-exposed” choices from 60’s superstars that make a lot of sense as you listen to them, like Stevie Wonder’s “I Don’t Know Why”, Marvin Gaye’s “One More Heartache” and Sly and the Family Stone’s “If You Want Me to Stay”:

Frampton always played a soulful take on guitar rock, from his time in Humble Pie through his solo career, and he clearly is comfortable putting his lead guitar in place of some soulful vocals here. His band flexes both their sense of rhythm and rock and roll chops on these two tracks. Some of the other song choices seem inspired by the sense of melody in the originals - “Isn’t It a Pity” would be a great example of this:
There is not a weak number on here. Some seem to track more closely to the originals; “Avalon”, “Are You Gonna Go My Way” and “Loving the Alien”, particularly, seem to lend themselves to having a rock guitar fill in for the vocal and still retain a lot of the original song’s spirit. It’s a great set of song choices, played with enough creativity to render these versions worth coming back to. Highly recommended, and available wherever you get music.
Peter Frampton website