Mope City - Within The Walls 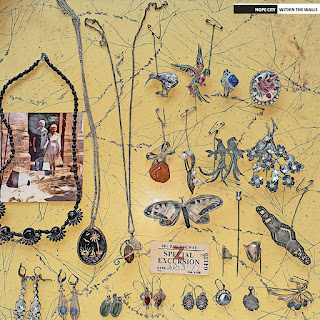 Mope City's latest album, Within The Walls is an engaging listen, but also a demanding one. The Sydney band, which now is a four-piece, structures sparse slowcore tunes of bits of pop, and bits of experimental folk. At times, it seems like pop songs deconstructed so the elements are laid out sequentially rather than concurrently. At other times, it is more straightforward such as on "Covered In Might". However, this is music that is consistently intelligent, compelling and entertaining. Without being weepy or dramatic, it has a strong emotional core and its themes are unwaveringly delivered. Sample the offerings below and if you are intrigued, follow the Bandcamp link and listen to the entire album. It will be time well spent.

Mope City are Amaya Lang, Matt Neville Shaun Donovan, and Nick Johnson. Within The Walls is out now via Tenth Court.

Bandcamp for Within the Walls