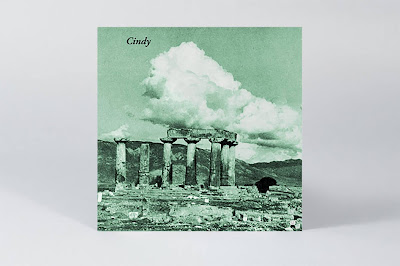 Free Advice isn't actually free, but it is worth the price. The album by San Francisco band Cindy was released in 2020 by UK label Tough Love Records and San Francisco's Mt.St.Mtn. but the vinyl was soon was sold out. Fortunately the LP version has been re-released by Mt.St.Mtn. and Tough Love Records, with a cassette version via Paisley Shirt Records. Our guess is that this will all sell out as well.
Why? Because Cindy has crafted an intriguing set of songs that unspool like a series of dreams, or perhaps black and white movies of imagined dreams. On most of the songs the vocals are hushed and ride insistent but restrained rhythms and lightly applied guitar and keys. On a few songs, such as "Falcon Heavy" and "Wrong Answer", the band strikes out and delivers material with more volume and pace, and prove equally adept. But in the main, it is an album of darkly shaded moods and hazy atmospherics, all of which are given enough shape and drive to make a compelling set of music.