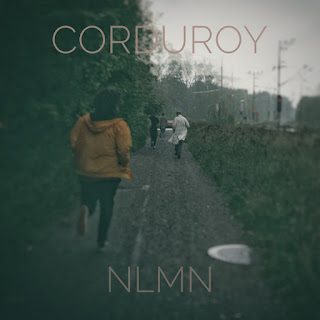 Hailing from Norrköping, Sweden, Corduroy is a four-piece dream pop band whose self-titled debut album will be available in a few weeks. It promises to reveal their penchant for reverbed guitars and indie pop melodies. Our first exposure to their music comes via single "NLMN", which the label describes it as "[a] really heavy track that is a perfect soundtrack for running in a lukewarm summer rain, and avoiding a lightning strike in the head." As runners, we are all in for a good soundtrack for running in the warm summer rain. But to our ears this is simply a top quality guitar pop song, sounding like Swedish-dream-pop-meets-'80s/90s-Manchester-guitar-pop. And that is the sound of a sure winner.

Corduroy is Amanda Wallin, Olle Rosén, Martin Boström and Serafim Kristjansson. The album will be released the first week of June via VÅRØ.