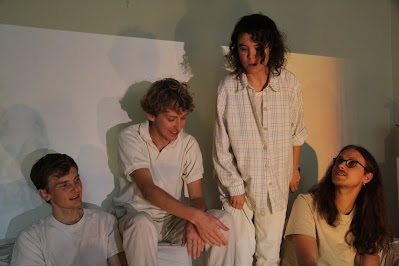 If we are not mistaken, "Concorde" is the fifth consecutive single by Melby since the band's last album. While we are fond of, and tend to focus on, long playing records, we think this run of singles is proving an important point about Melby. Well, an important point in addition to good music. And that point is just how versatile, as well as talented, this Stockholm four-piece really is. The band has blended folk, psychedelic and indie pop to great effect in the last five years, but "Concorde" stands out as a smooth, sophisticated slice of pop, bringing to mind Yumi Zouma and Tennis, among others. This is a band that has no clear ceiling, and it is exciting to watch ... and listen ... to them grow.