REVIEW: The Heliocentrics - 13 Degrees Of Reality 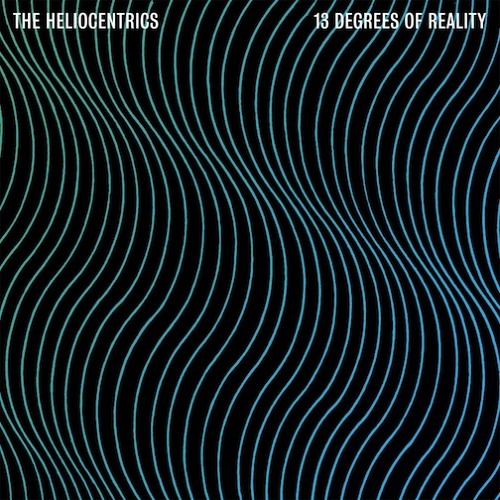 Coming on like a cross between Kraftwerk, Hendrix's more experimental, psychedelic stuff (think "Third Stone") and straight-ahead jazz/funk, Heliocentrics are a way-out British group - the collaboration of drummer Malcolm Catto and bassist Jake Ferguson, with guitarist Ade Owusu,  percussionist Jack Yglesisas, keyboardist Ollie Parfitt, Tom Hodges, Mike Burnham, Shabaka Hutchings, Danny Keane and Raven. They have released their second album, 13 Degrees of Reality -  it will be out Tuesday (Apr. 30) but you can have a free download of album cut "Wrecking Ball" - click link to download - right now, courtesy of Now-Again Records. Check it out:

"Wrecking Ball" is a long cut and a good sampler of what Heliocentrics are up to - Eastern and African influences merge with hip-hop rhythms, jazz improvisation and prog experimentation that wouldn't be out of place in some of Zappa's or Pink Floyd's work. But above all (and certainly underneath it all) Heliocentrics are funky. Another good example of the funk intentions, and their strong execution of those intentions, "Mr. Owusu, I Presume":

Frequently the songs sort of coalesce - "Mr. Owusu" is a perfect example - the opening sounds are sort of muted, chaotic - a guitar scratch here, cymbal there, and the beginnings of a bass line... then the bass line comes up and takes over the song, but the guitar part is played right in rhythm with the bass, building a devastating groove before the guitar and drums diverge into alternating solos. But nothing ever gets far enough from the beat to disturb the groove.

This is terrific stuff - there are several interludes, with found sounds (spoken word recordings, including the famous proclamation of "a new world order"), guitar and synth noodling - but the longer pieces are all self-contained, and each one sort of lives in a world of its own. As, really, do the Heliocentrics.