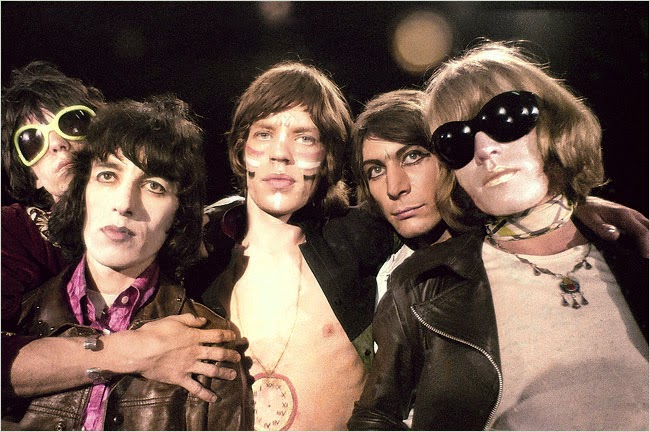 This one is especially for our many Catholic readers on Good Friday -- "Sympathy for the Devil", the Stones compelling hypnotic samba, looking at history through Lucifer's eyes, referencing Christ's crucifixion ("Made damn sure that Pilate washed his hands and sealed his fate").

The lead track on Beggars Banquet (1969), "Sympathy for the Devil" represents a high water mark for the Stones in terms of both bold creativity and sheer musical power. The song was reportedly written by Mick Jagger.

In a 1995 interview with Rolling Stone magazine, Jagger said, "I think [Sympathy] was taken from an old idea of Baudelaire's, I think, but I could be wrong. Sometimes when I look at my Baudelaire books, I can't see it in there. But it was an idea I got from French writing. And I just took a couple of lines and expanded on it. I wrote it as sort of like a Bob Dylan song."

There are a great many live versions out there, notably the footage from the tragic concert in 1969 at the Altamont Speedway in California, but the best performance I came across was this one, recorded in 1969 in London's Hyde Park, Mick Taylor by then with the band:


Thanks to Frank Fahey for suggesting this song on this day. We're always open to your requests and suggestions for Rolling Stones Friday. We still have 36 weeks and thus 36 Stones songs to feature here at WYMA in 2014.
Posted by Jim Desmond at 4/18/2014