Rolling Stones Friday: Out of Time 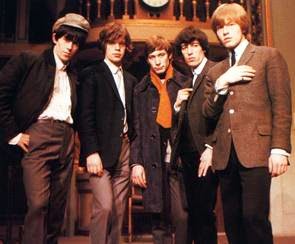 "Out of Time" is a particular favorite of mine, with its terrific melody and overall  great feel. It was recorded in 1966, and produced by Andrew Loog Oldham. The original 5 minute version (1st video below) was released on the 1966 UK album Aftermath, then a shorter version put out in 1967 on the US release Flowers.  The song was very distinctive for its time due to the prominent marimba part played by Brian Jones.


"Out of Time" has been covered a great deal, starting in 1966 when a British soul singer named Chris Farlowe had a #1 single in the UK with this terrific version produced by Mick Jagger:

And the great Ramones included "Out of Time" on their all covers record Acid Eaters:

The best performance of the song I ever experienced was by Elvis Costello and the Imposters, who played it on the Spinning Wheel tour when the needle fell on the the word "Time" at a show I saw in Portland a couple years. Love Elvis's vocal here from a recording in 2012:

I am sorry I never saw Elvis and the Impostors. What a great cover!