REVIEW: TEEN - The Way and Color 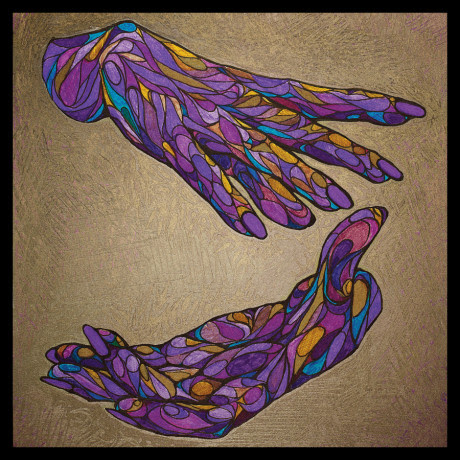 TEEN takes its name from lead singer Teeny Lieberson, a multi-instrumentalist who formerly played with Here We Go Magic.  But it could also be called the Lieberson Family Band, with Teeny's sisters Lizzie and Katherine on keys and drums, respectively.  The current lineup is completed by bassist Boshra AlSaadi. Signed to Carpark Records, the band previously has released a debut album titled In Limbo and the Carolina EP.  I saw the band perform in June of 2013, and I was impressed with the quality of their songs, on-stage chemistry and, after a brief conversation with Teeny, their genuine joy at experiencing positive reactions from fans.  Accordingly, I was very interested in hearing their new LP, The Way and Color.


And what is the verdict?  Quite simply, the verdict is "success"!  In my view, The Way and Color is a notable step up for an already promising band.  Combining glossy indie pop, sharp progressive dance pop and slick R&B sounds, this album is exactly what TEEN needed to do to in order to be taken seriously by a wider audience.  The psychedelic and girl-group elements from their past are not totally abandoned, but they are clarified and refined, subjected to razor-sharp songwriting, tight vocal performances and a top-class rhythm section.  This is a well-crafted, energetic pop album to supercharge your springtime.


The Way and Color is available on April 22 via Carpark Records.