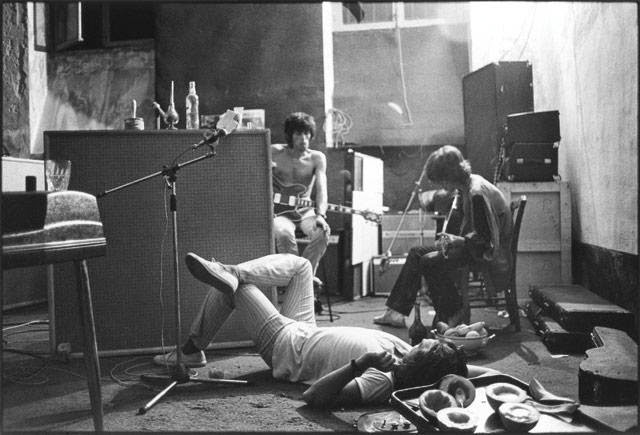 Exile on Main Street: The Rolling Stones most debauched, most extreme, and to many, most beloved record. The story is well known but here's the short version: Facing heavy tax debts and trying to avoid the seizure of their assets by the British government, The Stones fled England in 1971. Keith Richards rented a villa known as Villa Nellcotte, in Villefranche-sur-Mer, near Nice France. There not being a studio nearby, Richards set up mobile recording equipment in the basement.

The recording there took place in all night jam sessions. The overall atmosphere was one dominated by heavy heroin use by Richards, producer Jimmy Miller and various musicians and hangers on (including Gram Parsons, William S. Burroughs and Terry Southern). Bill Wyman and to a certain extent Mick Jagger kept some distance from the whole scene. Also worth noting, the basement was very hot, which made it impossible to keep guitars in tune, also contributing to the ragged sound of the recordings.

Some of what ended up on Exile was the result of later recordings and overdubs in Los Angeles, the Nellcote sessions just too ragged to release. Jagger and Wyman are said to have played a much bigger role in Los Angeles.

But the record certainly reflects the Stones at their most raw and loose, rock and roll bad boy far edge. And maybe no single song captures the vibe better than the opening track "Rocks Off".


Nicky Hopkins piano really makes this song for me, along with the horns from Bobby Keys and Jim Price.

Here's a live version from 1973, still sounding raw and loose:

The song has certainly inspired many a rock and roll band. And here's a fantastic cover by one of my favorite contemporary bands, Spoon: